The power of temptation 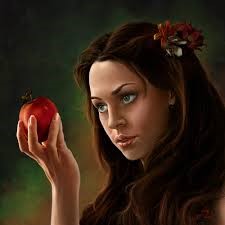 30 Oct The power of temptation

No matter the form it takes, temptation is a fairly standard process to get us off track. And it is as effective as ever.

According to experts, it kicks off when we begin to think about the object of our desire. We play with it in our mind, imagining how we would feel if it were ours.

“Isn’t it interesting that no matter how many blessings God has showered upon us, we always seem to focus on the one thing we do not have! When we fix our attention on what we feel we are lacking, our vulnerability increases,” notes Dr. Charles Stanley.

“Next, the thought builds until it finally gives way to full-blown desire. This intense longing is the culmination of our imaginings. We’re no longer content simply to enjoy the object in our mind; now, we must actually have it.

Finally, the desire leads to a choice. Here is where we make the decision and follow up with action.

This is where all temptation starts: it starts in our strong cravings, our over-desires.

The power of temptation: A research has shown that we become more vulnerable to temptation when we assume we have more restraint than we actually possess. The study, led by Loran Nordgren, senior lecturer of management and organizations at the Kellogg School, examined how an individual’s belief in will power – his/her ability to control impulses such as greed, drug craving and sexual arousal influenced responses to temptation. The research found that:  “People are not good at anticipating the power of their urges, and those who are the most confident about their self-control are the most likely to give into temptation.”

“The key is simply to avoid any situations where vices and other weaknesses thrive and, most importantly, for individuals to keep a humble view of their willpower,” said Nordgren.

For example, one experiment focused on cigarette addiction found those who overestimated their capacity for self-control were much more likely to smoke a cigarette after simply watching a movie about smoking.

In the experiment centered on hunger, results found a satiated group was significantly less likely to return snacks than a hungry group who limited their temptation by choosing less appealing snacks.

The research suggests observers should think twice before judging those who fall prey to temptation because most people overestimate their capacity to control their own impulses, Nordgren concluded.

New Science of Temptation: Using brain scanner, Harvard University scientists have found that what separates the well-behaved from the poorly-behaved might not be the ability to control your temptations but rather what kind of temptations you have. For example, foregoing the opportunity for short-term gain and satisfaction will depend more on the nature of your automatic urges than your ability to control them.

Greene and Paxton were interested in why people behave honestly when confronted with the opportunity to anonymously cheat for personal gain. They considered two possibilities: honest behavior results from the absence of temptation. Returning the wallet requires no particular ability to control your treacherous urges – the urge simply isn’t there; and that in order to behave honestly people must actively resist the temptation to cheat. In other words, returning the wallet depends on your ability to stifle your desire to take the cash and buy yourself something nice.

Consistent with the former consideration, they found out that those who acted honestly (who guessed wrong and self-reported as much) showed no increased activity in control-related areas relative to others who guessed wrong but did not have the opportunity to cheat. Honest reporting of scores, then, didn’t require will-power, these participants simply did not feel the urge to cheat.

Reaction time data further supported that observation – participants who acted honestly took no longer to do so, on average, when they had the opportunity to cheat than when they did not. The authors suggest that these findings demonstrate the human capacity to, at least temporarily, achieve a state of “moral grace” – a state devoid of selfish temptation.

The findings suggest that the ability to stand temptation is not so much about will-power but our inability to be tempted.

Although the researchers did not say it, some experts suggest that such behavior may have evolved overtime by our upbringing and associations such as in religious environments that frown at greed and lust, or they believe that some superior force that sees what is done in secret may be cross with us.

Many observers point to the God factor, which also enables us to break the cycle of temptation even when it starts – usually with the desire for something.