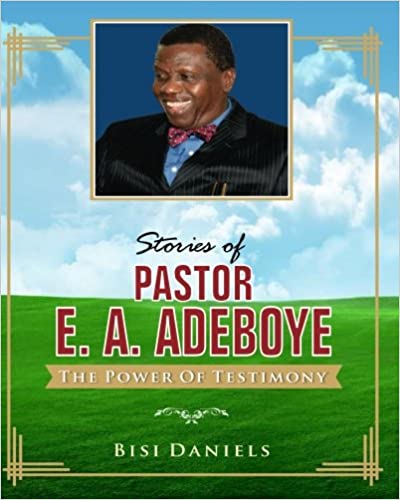 THE STORIES OF PASTOR ADEBOYE

Pastor E. A. Adeboye, a man revered by millions across the world as a true man of God, is a great believer in the power of testimony. He himself is a living testimony of the power of God. His sermons always contain stories about how people have experienced the power of Our Lord Jesus Christ in their lives. This book is a collection of those testimonies, which reads like his biography right from his birth in Ifewara in strange circumstances to the present moment. The subjects covered include: The RCCG, Testimonies on Faith, Salvation, Miracles, Marriage, Fruit of the womb, Temptation, Unforgiveness, the dark world of Power and Principalities amongst many others. Mixed in with them is the fascinating story of Pastor Adeboye himself and how, having been born again, he rose from debilitating depravation to become the famous and much-loved leader of The Redeemed Christian Church of God, which has massive presence in 196 countries. A must-read account of an amazing man and his lifelong devotion to spreading the Word of God!

This book of some of the testimonies of one of the greatest servants of God in this generation is worth reading and learning from. I recommend it very highly.” Professor Yemi Osinbajo (Pastor Prof.) Vice President of the Federal Republic of Nigeria. 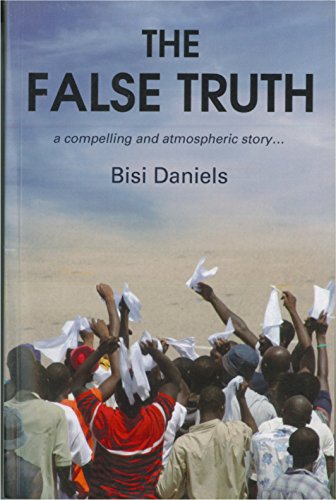 With uprising sweeping away African dictators, this revelation of the complicated motives and actions that perpetuate the sit-tight syndrome in a continent, plagued by bad leadership, couldn’t have been at a better time. As President Suweri presents his speech to the ecstatic people of Mubonde, Peter Abel, the president’s media advisor, witnesses a disturbing scene. A man in the crowd launches into a verbal onslaught on the government. As the man is forcefully taken away from the now hostile audience, Abel remains eager to understand his motives. Soon after, the man who had dared to voice his disapproval of the government is reported dead. Despite Abel’s allegiance and belief in the president, he is compelled to enter a dangerous and sinister game that calls on his wits to stop the cabal in government bent on elongating the president’s term in office.

Bisi Daniels delivers a compelling and atmospheric story one that will engross the reader with the turn of every page. 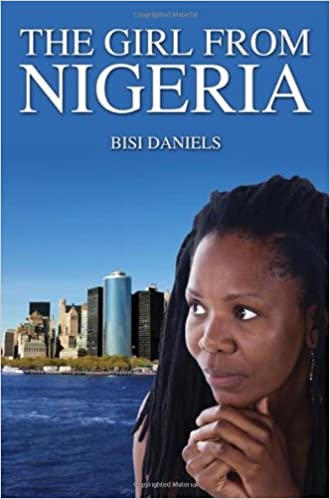 THE GIRL FROM NIGERIA

Whatever Peter Abel, a celebrated undercover reporter, has been through before, nothing prepares him for the murder of his friend and colleague by suspected women traffickers. Abel gets deeper into trouble with the heinous syndicate of international criminals when he tries to save an underage girl, Alice, who is about to be raped in Lagos. But soon Alice disappears leaving behind a devastated mother, and a violent father. Abel’s search for Alice takes him through various human trafficking routes, to destinations including the United States and the United Kingdom. Abel is threatened, shot at and even framed for murder in the US, but he knows he will never find peace until he avenges his colleague s murder and saves Alice, even if it is from the laps of a US Congressman in Washington D.C. 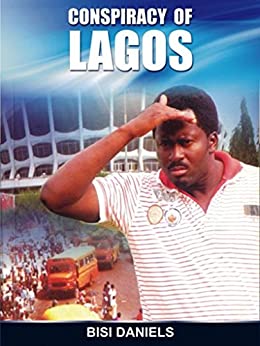 When Thomas Katta, a graduate, arrives Lagos for a job, everything he had feared about the city begins to happen to him. His bag is stolen at Oshodi and he is called a thief but the policemen who save him from lynching arrest him for theft – of his own bag. Working at various times as a construction worker and bus conductor, he ends up in a hole when as a gardener he refuses to sleep with the wife of a political chieftain. Deep in the hole, he becomes a political thug and goes into armed robbery after a season of political elections. After many close shaves with death, he is saved by a prostitute, the same woman who pushed him into the hole, and a speech he wrote for a governorship candidate. 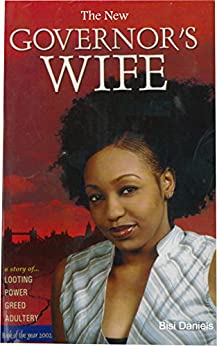 Corruption in Nigeria has become such common practice that not many newspapers find it worthwhile to investigate the numerous cases anymore. Not even Peter Abel, Nigeria’s top investigative reporter, finds it a big deal, but his journalistic instincts are unusually piqued when he gets an SOS from Dr. Idi Camp, Agriculture Commissioner of Banaka State for help to uncover government corruption and to save his life.

Idi should have gone to the Police or the Economic and Financial Crimes Commission (EFCC), which is a Nigerian law enforcement agency that investigates financial crimes such as advance fee fraud. Why he chooses to call a reporter makes Abel’s investigative-reporter instincts take over.

Camp’s own hometown of Limi is being encroached upon by the desert, after years of poor rainfall, suspected to have been caused by global warming. Banaka’s treasury at one time had enough money to drill deep irrigation/drinking wells to save the people, their livestock and their crops. But the money has been siphoned off by corrupt leaders. It must be exposed and stopped!

But sorting undercover through the treachery in Banaka, to find out who is responsible for the missing money and laundering of state funds to Europe is a suicidal exercise: Is it Gorem Huud, the corrupt Banaka governor? Timo Tiko, Millie’s husband and head of the ruling party? Or is it Rika, the governor’s drunken, nymphomaniac wife?

Peter has the same problem as the EFCC. Under the Nigerian constitution, State governors have immunity against prosecution, so he focuses on the Governor’s wife, who turns out to be master-mind of all the money laundering.
When Idi Camp’s wife and two children are killed in a car wreck made to look like an accident, Peter recognises immediately that it is murder, and probably a case of mistaken identity. The target was Camp himself. Now Abel is in a fight for both their lives.

All through the assignment, Abel is in a battle with death: He is abducted by the village’s high priest to become a human sacrifice; he is attacked, shackled hand and foot, spread-eagled naked in the desert sand to die.
Abel is near death when he is found and is flown to a London hospital for treatment. As he grows stronger he meets with Clarke, an investigator from the Metropolitan Police department’s anti-corruption squad. Clarke had little interest in working on Nigerian problems. He had plenty of his own. But when Abel tells him how criminals in Banaka are laundering money provided by Western Nations, in the UK, Clarke agrees to listen.

Over several meetings, they come to trust one another, forming a mutual-aid pact. Clarke could help Abel get a great story and bring down a corrupt government, and Abel could help Clarke identify and arrest criminals in the UK who were laundering stolen money from Nigeria.

When Abel suspects that Millie, another of Tiko’s wives, saved him from the desert they became friends. Tiko finds that out and an assassin is sent after her in London. The killer shoots and wounds Millie, but the police put out word that she died, for her own protection.

Meanwhile, Huud has become despondent over the murder of Camp’s family, his role in the looting, the refusal of Camp’s assistant, whom he loves to leave the country with him, and the fear of Abel’s ability to expose him. The Governor empties his bank accounts and leaves alone, delighting in the notion that he is leaving nothing for Rika.

From various sources, including Tiko, Abel has enough information to expose the official corruption in Banaka State. His stories blow the lid off Banaka State, and the police move in to arrest Tiko and Rika. In the fire fight, Tiko is killed and Rika takes Peter hostage. She knows she is going to die and intends to take him with her. 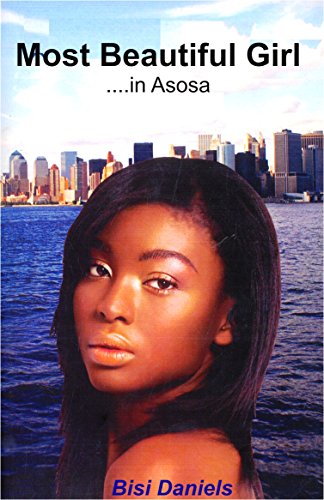 MOST BEAUTIFUL GIRL IN ASOSA

Almond-eyed model, Joy, visits a cosmetics company and two men Duncan, a journalist and Otubi, a professor of genetics are never to be the same again. Duncan would do everything to have Joy, who is the professor s fiancée and when she dies in his car, it sends him into a self-destructive streak. Shocked, Otubi is driven by the loss into a morbid experiment of breeding women as beautiful as his adorable Joy. A mystery note Duncan finds on his new lover, a prostitute, piques his journalistic instincts and sends him on another collision course with Otubi in a remote Nigeria village embroiled in acts of inhumanity. Through danger and twists at every turn of a fast moving thriller, Duncan fights to liberate a lost tribe which kills its ugly citizens for the beautiful to live. 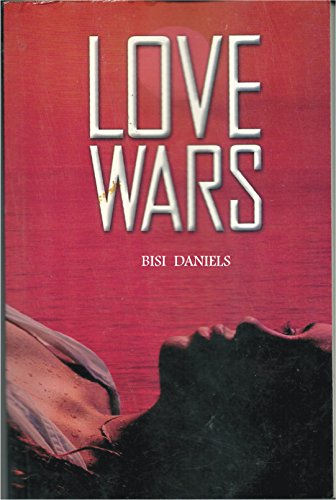 A key member of a secret association that controls the government in power, he has money, power, and everything but happiness, which his wife and children have denied him.

Happiness to him is marrying Gifty, a medical doctor, and getting Mike, a family friend, to marry his wayward daughter.
Shocker: Mike also loves and wants Gifty for a wife 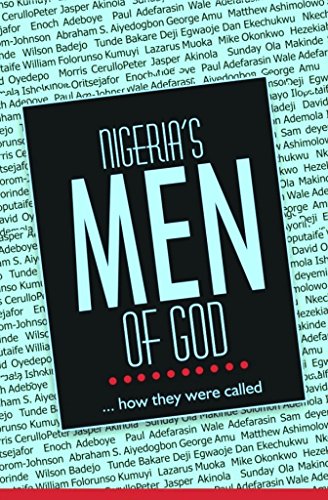 Learning about the humble beginnings of our spiritual fathers and how they were called into the service of God is very inspirational. Reading how these great men sustain their faith and handle temptation also provide a guide in staying the course in a relationship with the ONLY LIVING GOD. This collection features most of Nigeria’s big names in the body of Christ.

The book, the first part of a series, was sourced mainly from interviews. It was so difficult to get some of the respondents that we sometimes, we had to resort to the Internet to fill in the gaps. 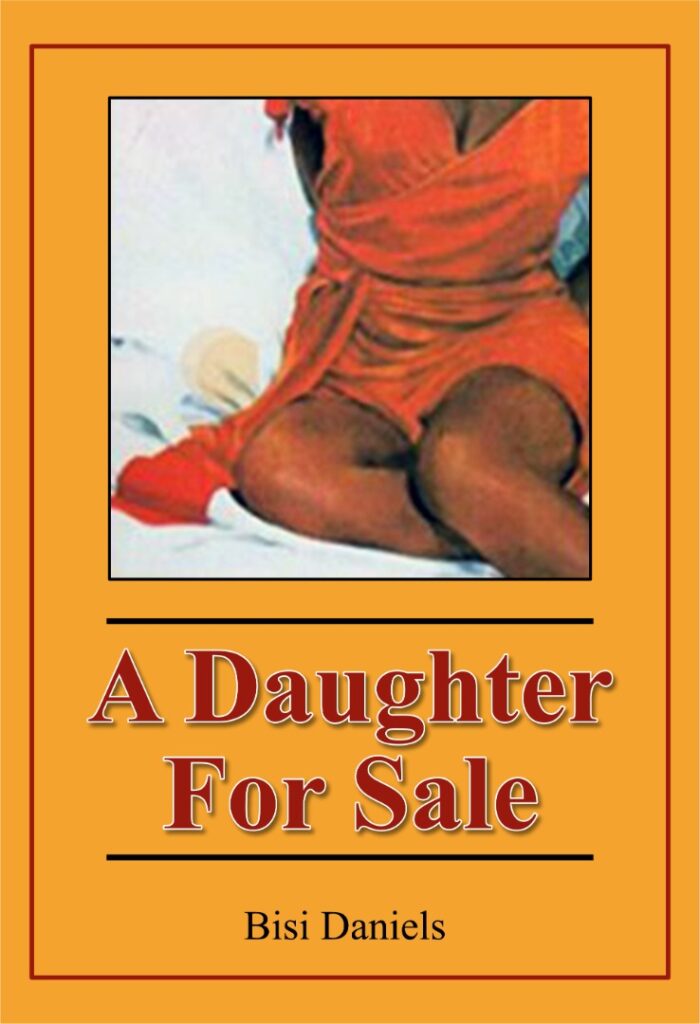 A DAUGHTER FOR SALE!

QuickRead announces the serialization of an amazing story on woman trafficking written by Bisi Daniels.

It replaces The New Governor’s Wife, which was serialized for weeks here.
According to Mr. Daniels, as a manuscript, “A Daughter for Sale” won the admiration of over 15 literary agents in the US, but it was eventually published in London as “The Girl from Nigeria.”

In the riveting novel, the author chooses to call by its original title, whatever Peter Abel, a celebrated undercover reporter, had been through before, nothing prepared him for the murder of his friend and colleague by suspected women traffickers.
“Abel gets deeper into trouble with the heinous syndicate of international criminals when he tries to save an underage girl, Alice, who is about to be raped in Lagos.
“But soon Alice disappears leaving behind a devastated mother, and a violent father.

“Abel’s search for Alice takes him through various human trafficking routes, to destinations including the United States and the United Kingdom.
“He is threatened, shot at and even framed for murder in the US, but he knows he will never find peace until he avenges his colleague’s murder and saves Alice, even if it is from the laps of a US Congressman in Washington D.C.”

# The full story begins next week