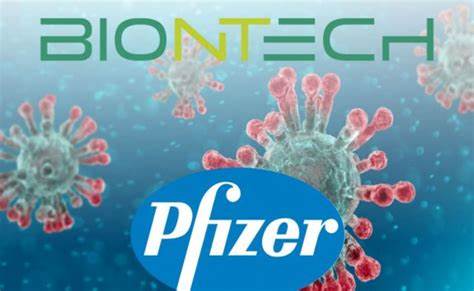 Pfizer and its partner, the German company, BioNTech, yesterday announced preliminary results that suggested their vaccine can prevent more than 90% of people from getting Covid-19.  They described it as a “great day for science and humanity,” and the world is ecstatic about it. In response, stocks and commodity markets soared in excitement.

World leaders have praised the feat that gives hope in the fight against the pandemic.

But there are still challenges ahead, but the announcement has been warmly welcomed with scientists describing themselves smiling “ear to ear” and some suggesting life could be back to normal by spring.

What the producers said: Vaccine candidate was found to be more than 90% effective in preventing COVID-19 in participants without evidence of prior SARS-CoV-2 infection in the first interim efficacy analysis

Effectiveness: The data shows that two doses, three weeks apart, are needed. The trials – in US, Germany, Brazil, Argentina, South Africa and Turkey – show 90% protection is achieved seven days after the second dose.

However, the data presented is not the final analysis as it is based on only the first 94 volunteers to develop Covid so the precise effectiveness of the vaccine may change when the full results are analysed.

Dr Albert Bourla, the chairman of Pfizer, said: “We are a significant step closer to providing people around the world with a much-needed breakthrough to help bring an end to this global health crisis.”

Prof Ugur Sahin, one of the founders of BioNTech, described the results as a “milestone”

And one thing remained clear: The vaccine will not come in time to rescue the world from the next several months, when the virus will take many more lives unless the public takes more stringent public health measures.

Here’s what we know, and don’t know, about the vaccine.

Is that a good result?

The US Food and Drug Administration had set a bar of 50 percent efficacy for vaccine makers who wanted to submit their candidates for emergency authorization. If the preliminary results from Pfizer and BioNTech bear out — and accurately reflect how the vaccine will work in the real world — then it’s far more protective than that.

To get a sense of how good these results are, it’s worth considering licensed vaccines that people regularly receive. On the low end, influenza vaccines are 40 to 60 percent effective at best, because the influenza virus keeps evolving into new forms year after year. By contrast, two doses of the measles vaccine are 97 percent effective.

Safety:  So far Pfizer and BioNTech have reported no serious safety concerns from their vaccine. Before running the current large-scale study, the companies ran smaller clinical trials starting in May that were specifically designed to detect warning signs about the vaccine’s safety. They tried out four versions of their vaccine and selected the one that produced the fewest cases of mild and moderate side effects, such as fever and fatigue.

If their vaccine receives an emergency authorization from the F.D.A. and gets distributed to millions of people, the Centers for Disease Control and the F.D.A. will monitor them to make sure there’s no evidence of even rarer safety issues.

Participants in the trial will also be monitored for two years.

Who gets it first? Pfizer’s chief executive has said that it could have 30 to 40 million doses of the vaccine before the end of the year, enough for 15 to 20 million people to get an initial shot and a booster three weeks later.

Exactly who will qualify for the initial doses has not been decided, but groups that are at higher risk for infection, or are more vulnerable to the virus, are likely to get priority. That could include health care workers as well as older adults and those who have risk factors like obesity or diabetes. The producers say they could ramp up to 1.3 billion doses a year.

When will the general public get it?

Pfizer has said that it will likely apply for emergency authorization in the third week of November, after it collects the two months of safety data that the F.D.A. has asked manufacturers to submit. Then, the agency will consult with an outside advisory committee of experts, and may take weeks to pore over detailed data about the vaccine’s safety, effectiveness, and the companies’ ability to safely manufacture millions of doses.

The vaccine could be authorized for certain high-risk populations before the end of the year, but that would only happen if everything goes as planned and there are no unforeseen delays.

Was it sponsored? Pfizer did not accept federal funding to help develop or manufacture the vaccine, unlike front-runners Moderna and AstraZeneca.

Pfizer has distanced itself from Mr. Trump and Operation Warp Speed. In an interview on Sunday, Kathrin Jansen, a senior vice president and the head of vaccine research and development at Pfizer, said, “We were never part of the Warp Speed,” adding, “we have never taken any money from the U.S. government, or from anyone.”

What does this news mean for the other vaccines in the race?

There are 10 other vaccines now in late-stage trials across the globe. The fact that Pfizer and BioNTech have gotten encouraging results is making experts optimistic about the entire field. (With Agency Reports)