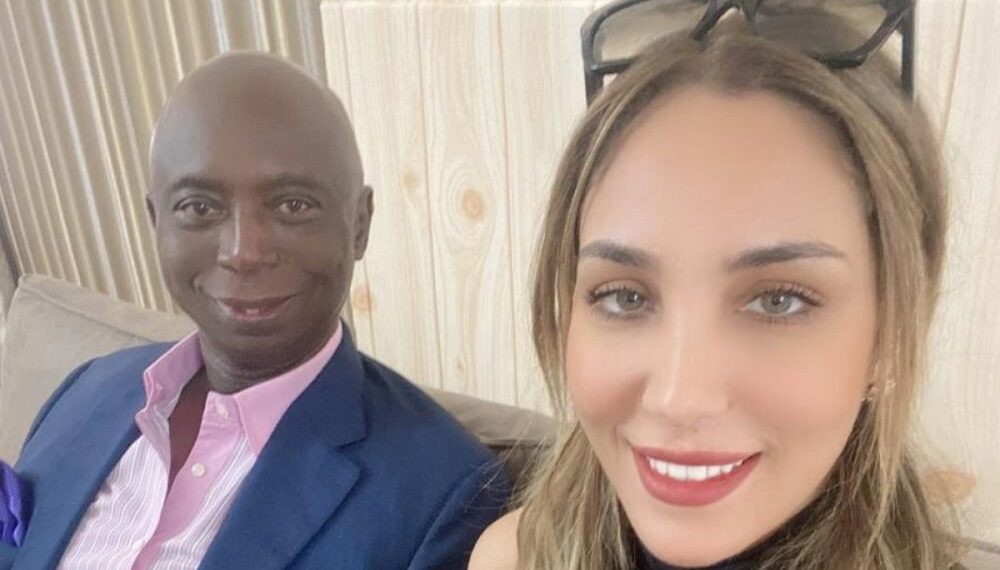 Posted at 12:44h in Society Plus by Jamiu Kamal 0 Comments
0 Likes
Share

Ned Nwoko has opened up on his separation from his Moroccan wife, Laila.

A statement from Nwoko’s media team on his Instagram page also refuted rumours that his separation is linked to the use of a local aphrodisiac called ‘Kayamata’, sold by Hauwa Mohammed, better known as Jaruma.

in October, Laila publicly revealed that she was divorced from the politician. Some fans had accused Nwoko’s actress wife, Regina Daniels, of using ‘kayamata’ to end her husband’s marriage to the Moroccan model.

However, the statement from Nwoko’s team revealed that his marriage with Laila “degenerated to irreconcilable differences rooted in indecent conduct on the part of Laila which started whilst she was on holiday in London”.

It added, “We note with a sense of responsibility that prince Ned Nwoko has nothing whatsoever to do with Jaruma products in relation to his cordial relationship with his actress wife, Regina Daniels.”

Speaking on the circumstances that led to the divorce, the statement said, “The neglect of the kids, violence on them, plastic surgery without the knowledge of her husband, wayward lifestyle abroad, contact with a man, police case and involvement of a lawyer in London were the major concerns that Ned Nwoko found disturbing and unacceptable.

“In all these weighty allegations, her only defense was that someone ‘set her up’. She never explained who did and for what purpose.”

Nwoko’s team further disclosed that the family had no connection with Jaruma or her products.

“Ned Nwoko Media Directorate wishes to reiterate that himself and the entire family has no connection with Jaruma products contrary to false narratives even as he bears no blame on the widely reported divorce issue with Laila,” the statement added.