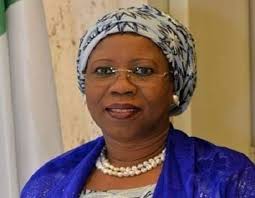 The Minister of State for Industry, Trade and Investment, Miriam Katagum, on Thursday, flagged off the artisans and transport sector track of the N75bn MSME Survival Fund and Guaranteed Off-take Stimulus Scheme.

She said 9,009 beneficiaries each from the 36 states of the federation and the Federal Capital Territory would benefit from the scheme; they include a total of 333,000 artisans and transporters across the country.
According to her the scheme would leverage duly registered and recognised associations so that members of the bodies would attest to the transparency and effectiveness of the exercise.

She said special focus would be given to 45 per cent female-owned micro, small and medium enterprises and five per cent special needs owned MSMEs and the grants target self-employed individuals, especially service providers such as bus drivers, taxi drivers, ride share drivers and artisans, including electricians and plumbers.