FG rules out another VAT increase 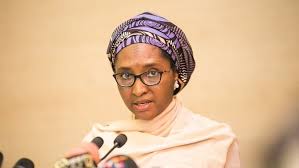 The Minister of Finance, Zainab Ahmed has said that federal government has no plans to increase Value Added Tax (VAT) again.

She stated this when she appeared before the Senate committee on finance on Thursday.

Buhari in January after which implementation started.

Chairman of the panel, Adeola Olamilekan, had asked the minister of the current state of the 2020 finance bill. She was also asked to address speculations as to whether there are plans to increase VAT again.

In her response, the Minister said “Some of the institutions that are responsible for tracking the price of crude oil, actually have crude oil prices going as far as $50, $52 per barrel. We took the safer path. It seems the second wave of COVID-19 in Europe is affecting us and we are hoping to have clarity as to which direction to take in the next week or two.

“As for the finance bill, we have the draft. There will be no increase in VAT or any form of taxes because we see 2021 as a year of recovery – not only for government but businesses as well.”