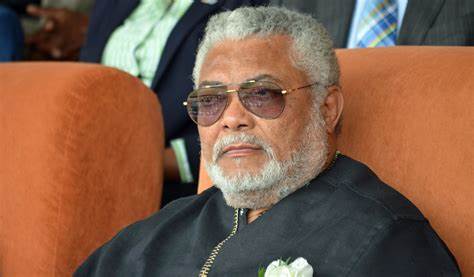 He was a member of the radical and charismatic generation of figures who emerged in West Africa in the 1980s.

The former air force flight lieutenant led two coups in 1979 and 1981, railing against corruption and stamping his authority on the nation before ushering in democracy.

Under his command, several former heads of state and army bigwigs were executed, but to many of Ghana’s poor, Rawlings was their champion.

The son of a Scottish father and Ghanaian mother, the larger-than-life figure became a national icon as he headed Ghana for 20 years until 2001, being voted in as president at the ballot box in 1992 and re-elected in 1996.

Ghana’s President Nana Akufo-Addo said in a statement that Rawlings had died “after a short illness” on Thursday morning at a hospital in Accra.

“A great tree has fallen, and Ghana is poorer for this loss,” the president said.

Akufo-Addo ordered flags around the country to be lowered to half-mast for seven days of national mourning from Friday and said he was suspending campaigning for the upcoming election in December.

Rawlings was believed as a leader who have stemmed the rot in Ghana, which characterized many African countries and given it a sense of purposeful direction.