Why Sleep-Deprived People Are More Selfish and Lonely 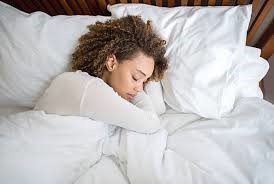 21 Nov Why Sleep-Deprived People Are More Selfish and Lonely

In the U.S., about a third of people get fewer than seven hours of shut-eye, which is the minimum recommendation. Most of us are familiar with the unpleasant results. We may feel groggy and grumpy, and everything gets just a bit harder to do. But sleeplessness also impairs parts of the brain that affect our social lives and abilities to relate to other people, according to research by neuroscientist Eti Ben Simon, a postdoctoral fellow at the University of California, Berkeley. People who sleep less are less likely to help others, for instance. Ben Simon spoke with Mind Matters editor Daisy Yuhas to discuss what the social consequences of bad sleep are and how good sleep can be leveraged to benefit well-being.

In past research, you and your colleagues have found that lack of sleep contributes to anxiety and difficulty managing emotions. In addition, you’ve recently found that poor sleep affects social interactions, regardless of mood. How does that work?

People are less interested in social interaction when they’re sleep-deprived. For example, we designed a task where an experimenter and participant would face each other, and they would walk toward each other. The participant would decide when someone got too close, and we would measure that distance. Consistently, when people were sleep-deprived, they preferred others to be farther away.

Mood may play a part in the social consequences of sleep loss, but it’s not the whole story. We’ve controlled for mood in studies of social behavior and seen that social withdrawal is not just an effect of mood.

We’ve also found that sleep deprivation reduces activity in what’s known as the theory of mind network in the brain. These are areas that help us think about other people—what they might want, what they’re like, and how they are similar to or different from ourselves.

How might those changes in the brain relate to our thinking?

In a recent study, we explored that by asking participants—either after they had a full night’s sleep or after they had had no sleep—to think about different individuals while their brain activity was being recorded in an fMRI [functional magnetic resonance imaging] scanner. Then they answered a questionnaire that explored how likely they were to help others. We asked about daily acts, such as keeping the elevator door open, helping someone with their grocery bags, things like that.

We found that sleep-deprived people were significantly less likely to want to help others, and that correlated one to one with the impairment in their theory of mind network. The larger the impairment, the less they wanted to help other people. And it didn’t matter if it was helping a friend, a family member or a stranger.

Total sleep deprivation is pretty extreme. What if people get at least some sleep?

In a second study, we used the same questionnaire, but this time, we tracked people’s natural sleep across four nights and days. We didn’t find any association with how much people slept in hours, but we found that the quality of their sleep—how many times they woke up during the night, whether they had a restful sleep or their sleep was fragmented—determined whether they were likely to want to help others or not.

So people who sleep poorly say they don’t want to help others. But have you found that sleep deprivation changes actual helping behaviors in a noticeable way?

Yes. In a third study, we looked at a database of charitable donations and compared the week of [the transition to] daylight saving time—when people lose, on average, an hour of sleep—to other weeks of the year. In 15 years’ worth of data, we kept seeing that on that week, the amount people donate is reduced by about 10 percent.

In Arizona and Hawaii, states that don’t do daylight saving, we don’t see this effect. We also looked at the switch to standard time, when people “fall back,” and didn’t find an effect either. Putting these data together, we could demonstrate that lack of sleep may be impairing altruistic sentiment across the U.S.

Other researchers are looking at similar questions. Just a few months ago a colleague of mine published a study that found doctors prescribe fewer painkillers during a night shift than a day shift, and that was accompanied

In Arizona and Hawaii, states that don’t do daylight saving, we don’t see this effect. We also looked at the switch to standard time, when people “fall back,” and didn’t find an effect either. Putting these data together, we could demonstrate that lack of sleep may be impairing altruistic sentiment across the U.S.

Other researchers are looking at similar questions. Just a few months ago a colleague of mine published a study that found doctors prescribe fewer painkillers during a night shift than a day shift, and that was accompanied by reduced empathy for their patients.

You’ve also found that one person’s sleeplessness affects everyone around them. How does that happen?

In general, our ability to pick up that something’s off with the person we’re interacting with is really magnificent. In one study, just a one-minute video clip of someone talking was enough for others to pick up that they didn’t want to interact with a sleep-deprived person.

Sleep deprivation can make people feel lonely, and we’ve found that when people come into contact with someone who is sleep deprived, they report feeling lonelier after that interaction. I like to say that helps settle the Beatles’ question: “All the lonely people, where do they all come from?” It all started with sleep loss.

Could that in turn contribute to the connection between sleep and conditions such as anxiety or depression?

There is an intimate link between mental health and lack of sleep. We know that people suffering from disrupted sleep are also more likely to develop anxiety and depression down the line. With anxiety, for instance, when something stresses you out, the first thing that gets impaired is your sleep. And paradoxically, more sleep is what you need to feel calmer.

We’re such social beings. Why would our sleepy brain shut down the network that helps us connect with others?

The brain and body need sleep so much that they start letting go of whatever we don’t immediately need once sleep is missing. In nature, the only time you see animals sleep-deprived is when they’re migrating, they just had a baby or they’re starving. So being sleep-deprived is really a stress signal that makes us want to accumulate as much food as we can and be more alert to threats. We don’t have the capacity for anything more than that.

The more time you spend awake, the more sleep becomes the one thing that you need to focus on. Everything else just goes in the background.

On the flip side, does this mean we should really put better sleep alongside diet and exercise as a crucial way to improve mental health?

Exactly. Sleep is something that can help us intervene into social and emotional affective disorders; it’s another way into mental health.

Sleep is actually the bedrock, even before diet and exercise. The way we metabolize food and the way our muscles react also depends on good sleep.

It’s not always easy to restore good sleep. But once we prioritize it, we can really help shift symptoms, mood, anxiety and even the desire to be kind to other people. (SCIENTIFIC AMERICAN)