We have different paths to thread in life, by Femi Adesina 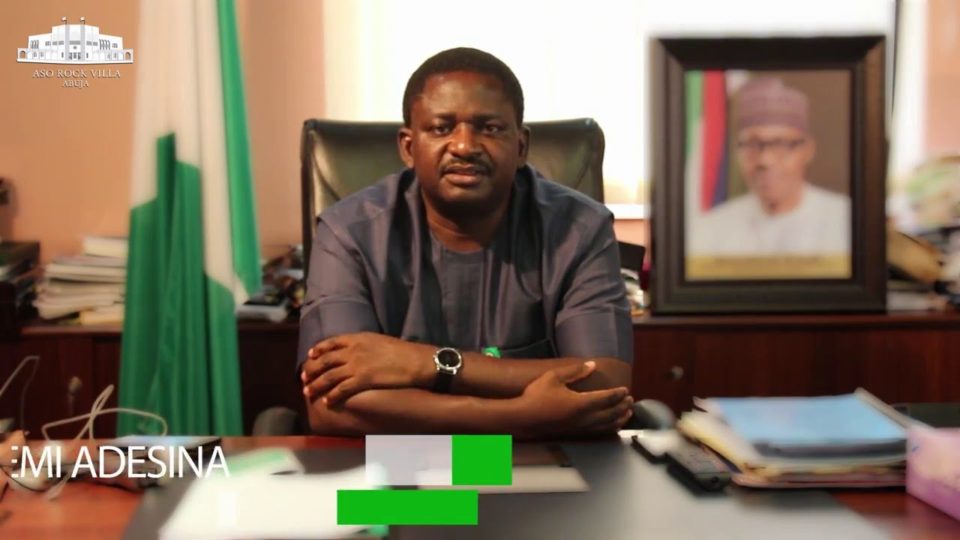 07 Nov We have different paths to thread in life, by Femi Adesina

There’s a board in my office at State House, Abuja, which I recommend for everyone to have in whichever traffic lane of life they operate: office, home, church, mosque, anywhere, everywhere. It would remind that we are but pilgrims, passing through life like a wayfarer. We have our entries and exits.

“Life is but a walking shadow. A poor player that struts and frets his hour upon the stage, and then is heard no more. It is a tale told by an idiot, full of sound and fury, signifying nothing ,” wrote William Shakespeare in Macbeth. That is what and who we are. Birds of passage, with no continuing city here. But we seek one that is to come. That is, if we have any modicum of sense.

Back to the board in my office. It lists the names of all those who have served as image-makers to the nation’s heads of state since 1976, with their pictures emblazoned. First is Ogbuefi Alex Nwokedi, who served Gen Olusegun Obasanjo as military head of state between 1976 and 1979. He later went on to become Manager, Group Public Affairs of NNPC, and then to the royal stool as Igwe of Achalla, in Anambra State. We were in touch for many years, but the lot fell on me sadly to announce his passage to the great beyond just last Saturday. Igwe Nwokedi lived well and died well at a good old age of 84 years.

Next on the board is Mr. Charles Igoh, who served Alhaji Shehu Shagari from 1979 to September 1983. Followed by Mallam Abba Dabo, who served the same President in his second term, which lasted just from October to December 1983. The military struck and truncated the term. But whether long or short, Mallam Dabo is in the pantheon of those who served as image-makers to presidents of this country. That’s history for you. It records everything.

Next: Mallam Wada Maida. My gentleman’s senior friend. We have both loved Muhammadu Buhari for a long time, and he served as Chief Press Secretary when our principal was military leader between January 1984 and August 1985. Sadly, he passed on a couple of months ago, without being ill for one day. He was ever genial, smiling, calm.

Then comes the man we call Double Chief. Duro Onabule, 81 last September, who served Gen Ibrahim Badamasi Babangida for eight years. He has the singular honour of having served longest in the position till now.

Chief Onabule is my very senior friend and inspiration. I had read him since I was a schoolboy, and was privileged to serve as editor of National Concord, a position he had held decades earlier. He maintained a weekly column with the newspaper. When I became a pioneer editor of Daily Sun in 2003, I was again delighted to invite him as a columnist, a duty post at which he remains till today. Old wines are tasty, even at 81. You can’t beat experience, and you can imagine the strength I draw from Onabule’s private messages to me whenever we go through turbulence in government.

The board. Next is Sola Atere, another senior friend and professional colleague. He served the transitional government headed by Chief Ernest Shonekan, between January and August 1993.

Our Fellow! That’s how I call the next man. Emma Agu, the former editor of Champion Newspaper, and Chief Press Secretary to the Interim National Government headed also by Chief Shonekan. The tenure lasted only about 84 days, but Agu, a Fellow of the Nigerian Guild of Editors, is also in the books of history as one who served.

Chief David Attah, now deceased, served Gen Sani Abacha for five years. The lot also fell on me to announce his obituary a couple of years back. This job!

Mallam Mohammed Haruna, alive and kicking to the glory of God, served for about a year with General Abdulsalami Abubakar. He’s now a Federal Commissioner with the Independent National Electoral Commission (INEC).

The next three people are my contemporaries. We went through university in the same period, are in the same age bracket, and also practiced as journalists together for decades in Lagos. We are friends. Olusegun Adeniyi served President Umaru Yar’Adua for three years, Ima Niboro was with Dr. Goodluck Jonathan for one year, and Dr. Reuben Abati was with the same President for four years.

Next to be recorded on the board? Femi Adesina, 2015-???. We don’t know the terminal time yet. Only God knows. It’s in the womb of time. But the longest is 2023. And I would perhaps equal Onabule’s record of eight years. It is all in the hands of God. I aspire for nothing but accept all that God brings my way.

When I look at that board daily, it reminds me that there are always entrances and exits, as Shakespeare wrote. The Yorubas talk about the man who inherited a potent charm and is now striving to live forever. Well, if the charm was that potent, the original owner would not have died in the first place. We have our entrances and exits. I look forward to mine.

As a journalist, I pounded the streets for years, looking for news to report. And then in 1995, I was elevated to line editorship as Features Editor of National Concord. That was the first time I had an office to myself, outside the general Newsroom. What did I first do when I entered that office? I prayed, committing my stay into the hands of God, and also my exit, asking that it would be in glorious circumstances. And I’ve done that in every subsequent office I occupied. I’ve been Deputy Editor, National Concord, Editor of the same paper, Editor, Daily Sun, Executive Director, Publications, The Sun Newspapers, Deputy Managing Director, and later Managing Director/Editor-in-Chief. I was equally President, Nigerian Guild of Editors, and now Special Adviser, Media and Publicity to the President since 2015. On the very first day in my current office, I already handed over the last day to God. The last day would always come. Even life does not last forever.

Why have I decided to write this piece? The ill will, malediction I hear from some tiny, envious quarters. He is now anti-people because he’s S.A to the President. He will go down. He will come back to meet us, unheralded, unsung. He will be uncelebrated. Really? I dey laff. Who are they talking about? Me? No. It can’t be me, because my destiny was long hidden in Christ and in God.

Those who served before me have all succeeded in their different ways, no matter what people choose to believe, or say of them. They served their principals faithfully. I will do the same to mine. Nobody will determine what happens next. Only God will do. We have different paths to tread in life. And it is determined by the higher powers.

Adesina is Special Adviser to President Buhari on Media and Publicity