The furore over cement exports from Nigeria 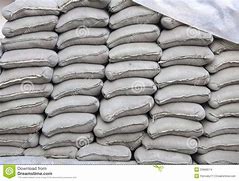 11 Nov The furore over cement exports from Nigeria

A furore in the social media over the export of cement from Nigeria during a period of land border closure by Nigeria yesterday elicited explanation from Dangote Cement, BUA Cement and Customs.

Bloomberg had reported Michel Puchercos, chief executive officer of Dangote Cement as saying that that President Muhammadu Buhari‘s administration gave its authorisation for the company to export cement to Niger and Togo in the third quarter of the year.

In one of the early reactions to this in the social media, Atedo Peterside, founder of Stanbic IBTC tweeted, “Allowing legitimate exporters & importers to move their goods across the border should be a no-brainer. Why refuse everybody else & allow only one company (Dangote)? This is why some of us argue that the Nigerian economy is rigged in favour of a handful of well-connected persons.”

The Dangote group responded to the attacks, describing them as “misleading and mischievous”.

The Group Chief, Branding and Communications of the Dangote Group, Anthony Chiejina, said in a statement that the Dangote Cement and other companies in July 2020, got partial special dispensation to export their products with certain sequence of crossing at Ilela land border in Sokoto State and Ohumbe land border in Ogun State.

“Dangote Cement is a publicly quoted company and complies strictly with the Securities & Exchange Commission (SEC) and Nigerian Stock Exchange (NSE) full disclosure clauses and regularly updates transparently our transactions to our shareholders and it is disheartening that such honest disclosure is being interpreted negatively.

“Chief Executive Officer, Dangote Cement, Michel Puchercos, in his presentation on investor call explained that the company is continuously focused on exporting cement to West and Central Africa by sea through its export terminals

“He added that six vessels of clinker were exported in the third quarter of 2020 via the Apapa export terminal, while plans are on track to commission the Port Harcourt export terminal before the end of this year.

“For the quarter, Dangote Cement exported only 69 kilotonnes of cement via the land borders, compared to previous volumes of 180 kilotonnes before the border closures, which indicates just 38 per cent of the export volumes.”

Public reaction to the revelations continued, among them another tweet from Peterside, which drew the attention of the BUA Group.

He tweeted, “I have since learnt that Bua Group was also allowed to export goods through Nigeria’s “closed” land borders.

“When will the FG consider small honest businesses that are not so well-connected?”

Reacting to reports, BUA Cement said the company did not enjoy express approval to export cement as reported in a section of the media.

In a telephone conversation with PREMIUM TIMES, the Group Head of Corporate Communications at BUA Group, O’tega Ogra, said the company only received “limited approval” to export.

“BUA Cement does not have any blanket approval to export and the Nigerian borders remain closed,” he said.

“BUA Cement was granted a limited approval to export some cement to Niger Republic (which is 100kms from our plant), and this was disclosed in our half-year results and presentations to the investing and general public.”

Also, a transcript of the company’s half-year results made available to

PREMIUM TIMES detailed how Yusuf Binji, the company’s MD/CEO, explained the export approval to investors and analysts earlier in the year.

When asked questions about the export, Binji explained that during the month of June, the company received an approval for limited export to the Niger Republic from “our so-called Plant” through the Illela border which it carried out successfully.

“The Nigeria land borders still remain shut,” he said. “So this was a one-off thing we received but we hope to get more subsequently during this quarter.”

“For the exports, yes, we are very hopeful we are going to get more permits to carry our spares to the Niger Republic. Like I mentioned earlier, we were given a one-off thing for a limited quantity which we exhausted in June.

“But we are optimistic it’s going to continue during Q3 through the land border of Illela from Sokoto State into the Niger Republic.”

Speaking about the demand from Niger, Binji said the company tried to make the Nigerian market its priority.

He said: “We have to satisfy the demand in Nigeria. What we are sending is the excess production that we have. So as long as we are not so clear about the actual demand in Nigeria, we would not be able to put a number or figure to how much we are going to export. So we will see and also we have to see when the restrictions are lifted and the borders are fully opened, because like I said, also it was a one-off thing we got and we hope to get more and with that, we cannot really say this is how much you are going to export.

“We are being given the approval in batches. Regarding the Benin Republic, no we don’t have any plans to export the Republic of Benin.” Asked to give full details of the export and approval, he said: “We exported 200 trucks. It came towards the last week of June. 200 trucks of 40 tonnes each, that is 8000 tonnes. That was the approval we got and we exported it fully.”

The Federal Government has confirmed granting Dangote, BUA and a gas supply firm special dispensation to export through land border.
Spokesman of the Nigerian Customs Service (NCS), DC Joseph Attah, said the three firms were exempted due to the need for what they produce as export in other West African countries.

According to Attah, who also doubles as the spokesman for Operation En-Swift Response, the operational arm coordinating the border closure enforcement, “The Presidency, in its magnanimity, has approved the exemption of three companies, Dangote Cement, BUA and a gas supply firm from its border closure restrictions due to the need for what they export to other African countries.

“I cannot remember the name of the gas supply company now, but the company supplies gas to Niger and other West African countries. So as of now, these companies will be allowed to export their goods through our land borders to neighbouring countries.”