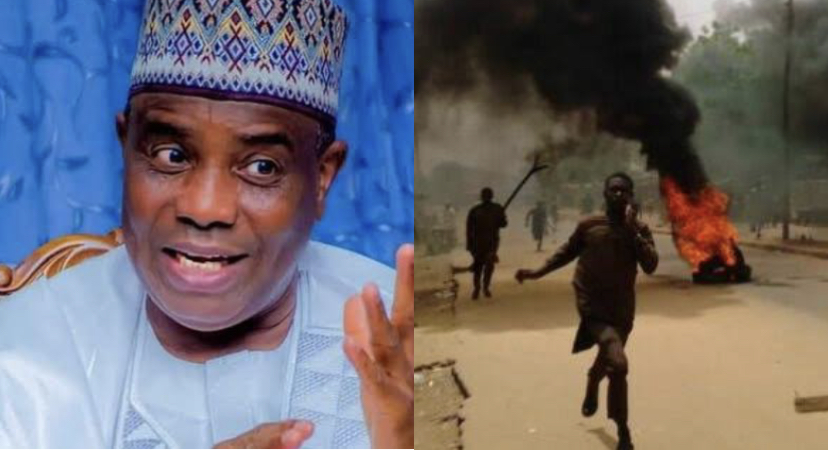 Posted at 11:34h in Society Plus by Jamiu Kamal 0 Comments
0 Likes
Share

Sokoto State governor, Aminu Waziri Tambuwal, has lifted the curfew imposed on Sokoto metropolis, following a protest against the arrest of some suspected killers of Miss Deborah Samuel Yakubu.

Following a violent protest against the arrest of some of the suspected killers of Deborah, the State Government had last week Friday, imposed curfew on Sokoto metropolis.

But while lifting the curfew in a statement issued on Friday, Tambuwal said he acted in accordance with “the enabling powers under section 176 (2) of the Constitution of the Federal Republic of Nigeria, section 1, 2, and 4 of the Public Order Act and section 15 of the Sokoto State Peace Preservation Laws.”

The Governor explained that the curfew was lifted after due consultations with security chiefs in the state.

Meanwhile, the Government has banned all forms of processions and demonstrations in the State.

Governor Tambuwal, who stressed the need for peaceful co-existence amongst people in the State, charged them to remain peaceful at all times.