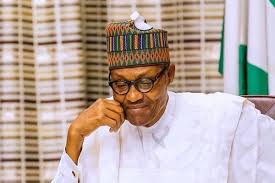 The Presidency has said that President Muhammadu Buhari will respect the final verdict on the matter as decided by the Supreme Court.

“Eventually, we will have a legal pronouncement, which may come from the highest court in the land…. Knowing the Buhari administration, it will obey the rule of law,” Presidential spokesman Femi Adesina said.

He added: “All these states are not unanimous. You have heard some governors speaking out against the position of certain states which are so militant on this VAT issue.”

According to him, the matter will affect the ongoing conversation on fiscal federalism.

On the NNPC 2020 audited reports and the declared profit after tax of N287 billion, Adesina lashed out at those who always fail to see positive developments, but are always looking for bad in every good being recorded in Nigeria’s recent history.

He described the state of minds of those picking holes in the news of the profit as those that have been accustomed to hearing bad news, adding that they question its authenticity because they never thought that positive things can happen in government.

“Well, we have heard stories in this country before; how Presidents will just give notes to NNPC and their wishes got done without records. There was a lot of impunity in this country, but the NNPC GMD is on record, even the Chief Finance Officer, Umar Ajiya, is on record as saying that President Buhari does not interfere in their operations. It used to happen, but under this administration, it has never happened. That was why you had that declared profit.

“But the surprising thing is that it seems some Nigerians are already so used to bad news, that they have got inured to good news. When that good news came, their first instinct was to pick holes in it because all their lives they are used to bad news.

“When that good news came, they couldn’t imagine it, but it happened. I watched your engagement with the Chief Finance Officer of NNPC, how he explained that profit and anybody who is not cynical, will know that there’s a lot of truth in what the CFO said.

“Yes, I watched the encounter with the CFO, like I said, and he emphasised that one of the things they had to do was to cut costs. Cut costs for operations, cut costs of production, running costs, and it all redounded to the profit that was declared.

“It shows that there was a lot of wastage, a lot of extravagance, a lot of lack of accountability in the previous years and the man also said both the President and the Vice President never interfere in the operations.

“As we said in the beginning, we knew and heard and it was indeed true that presidents and those in the corridors of power used to give directives to NNPC to do certain things, which at the end of the day will erode the profitability of the corporation. That doesn’t happen again and that is why that perfect came”, he said.