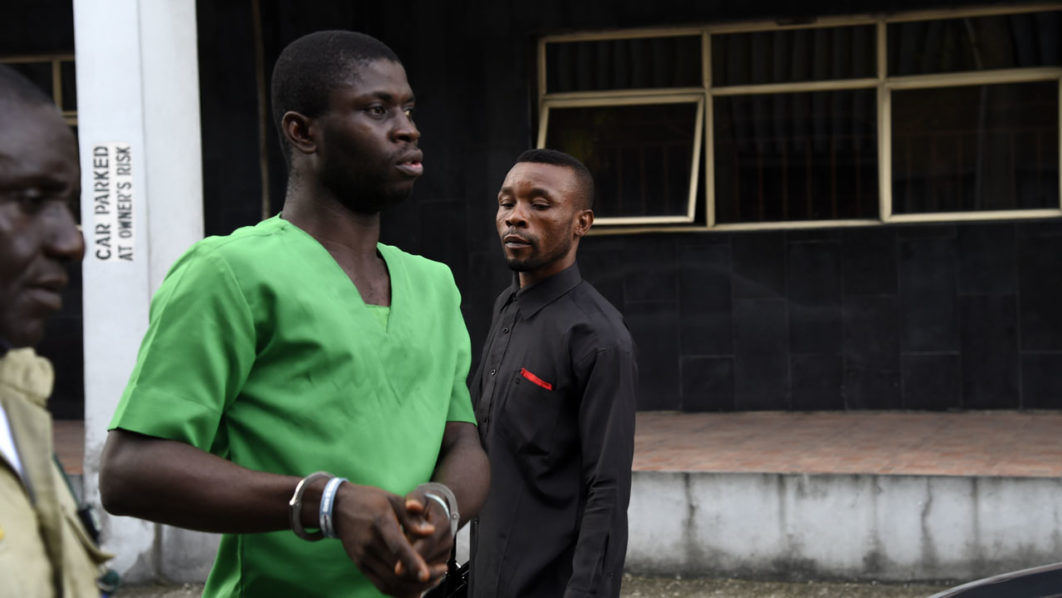 A Rivers State High Court has sentenced Gracious David-West, the Port Harcourt serial killer, to death by hanging for the murders of nine young women.
Davis-West murdered his nine female victims and attempted to murder the 10th, Benita Etim, in different hotel rooms across Rivers State between July and September 2019.
Delivering judgment on the convict Friday, the court, presided over by Hon. Justice Adolphus Enebeli, convicted the serial killer of the charges against him, saying that the convict be hanged by the neck till he is dead.
Speaking with journalists after the court session, the lead state prosecuting counsel, Ekeh, said the judgment would serve as a deterrent to other persons with such intentions of crime, adding that the second defendant was let go because it was difficult to prove to the court that the accused committed the crime.