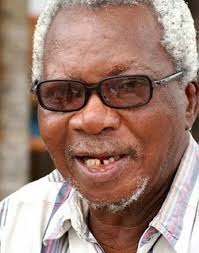 Poet and playwright, John Pepper Clark, better known as JP Clark has died; He died Tuesday, 13 October, 2020.
This was announced in a statement signed by Prof. C. C. Clark and Mr Ilaye Clark.
The family said it “appreciates your prayers at this time.”
Clark was Emeritus Professor of Literature and well-known for his published works which include ‘America, Their America’, ‘Song of a Goat’, ‘A Reed in the Tide’, and several more.