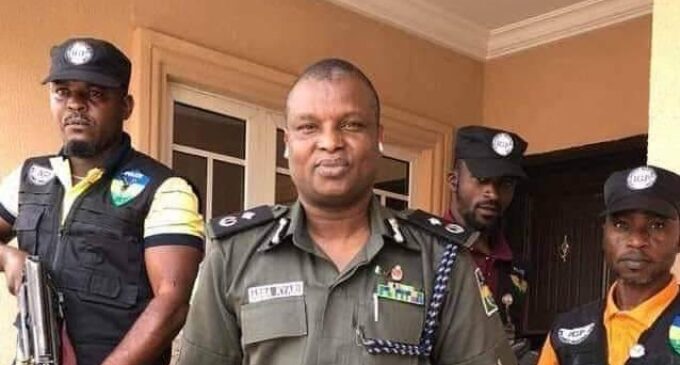 Minister of Police Affairs, Muhammad Dingyadi, says the panel report on Abba Kyari, suspended deputy commissioner of police (DCP), has been submitted to Abubakar Malami, attorney-general of the federation (AGF).

On August 26, Usman Baba, inspector-general of police (IGP), received the report of the panel set up to probe the bribery allegations against Kyari, over his alleged relationship with Hushpuppi, the self-confessed international fraudster.

Speaking on Tuesday during an interview with Channels Television, Dingyadi said after seeking Malami’s opinion, the report will be submitted to President Muhammadu Buhari for final consideration.

The minister said the police will also consult the ministry of foreign affairs.

“The issue of Abba Kyari has become in public domain, and I think by now, everybody has heard that the police, in their very wisdom and very usual way of becoming very transparent and being fair to all, have set up a committee to investigate all these allegations,” he said.

“And we have also reported that the committee has submitted the report to the IGP, and we have submitted this report and recommendations to the AGF for legal opinion.

“Thereafter, we will take it to Mr President for final consideration. So, you can see that this matter is a local matter here; it also has some international connotations. So, we have to do some due diligence to ensure that we do the right thing.

“There has to be some consultation with the ministry of foreign affairs and ministry of justice, before final decision is taken.

“What is important is that Nigerians should know that the police management is up and doing, and they have done what they are supposed to do. I hope people will wait and see what action is going to be taken on this matter.”

He also clarified the role of the Police Service Commission (PSC) on the probe of Kyari.

“The investigation is supposed to be done by the police, because he is their staff. We have informed the Police Service Commission, and they have directed that the officer be suspended from duty, pending the outcome of the investigation,” he added.

“By the time we finish this thing, we’ll refer what is needed to be referred to the Police Service Commission for final action. So, I think it is the police who have the responsibility to investigate.”