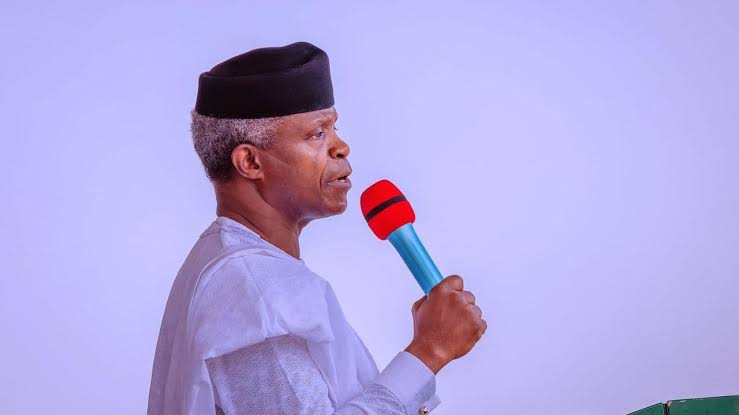 Vice President Yemi Osinbajo, on Monday in Abuja, said Nigeria’s energy transition plan will include, among others things the introduction of electric cars and decommissioning of generators.

However, the country must balance its drive for this transition by focusing on the ancillary infrastructure that makes them sustainable.

“We will be considering the decommissioning of generators, development of cooking stoves, think through options such as electric cars; is it the right time? What about charging stations? These are some of the things we have to start thinking about,” the VP said when he received a delegation from the US-based Rocky Mountain Institute.

The RMI is an international think-tank involved with the issue of the energy transition for the last four decades.

Senior Special Assistant to the Vice President on Media and Publicity, Laolu Akande, in a statement quoted Osinbajo saying that some of the goals of the Federal Government in pursuing a just Energy Transition agenda was seeking among other issues, adequate Climate Finance, especially through the African Carbon Market Initiative.

According to the VP, the federal government would be working on issues of Climate Finance, specific projects that will advance the 2060 Net-Zero target of Nigeria and exploring the possibility of electric vehicles in the country.

Earlier in the day, Osinbajo had virtually participated in a progress meeting of the international African Carbon Market Initiative Steering Committee which reviewed the progress of the plans on broadening the market in Nigeria and Africa.

“We will be considering the decommissioning of generators, development of cooking stoves, think through options such as electric cars; is it the right time? What about charging stations? These are some of the things we have to start thinking about,” he noted.

Speaking earlier, the CEO of Rocky Mountain Institute, Mr. Jon Creyts, expressed readiness to partner with Nigeria on the federal government’s Energy Transition Plan since this was a commitment that is shared by the institute as well.

At the meeting of the ACMI, the steering committee said it plans to attain $1bn in total commitments by buyers before COP28 later in 2023.

Besides the Vice President, the members of the ACMI include former President of Colombia, Ivan Duque Marquez; representatives of the United Nations, Rockefeller Foundation and the Global Energy Alliance for People and Planet, among others.