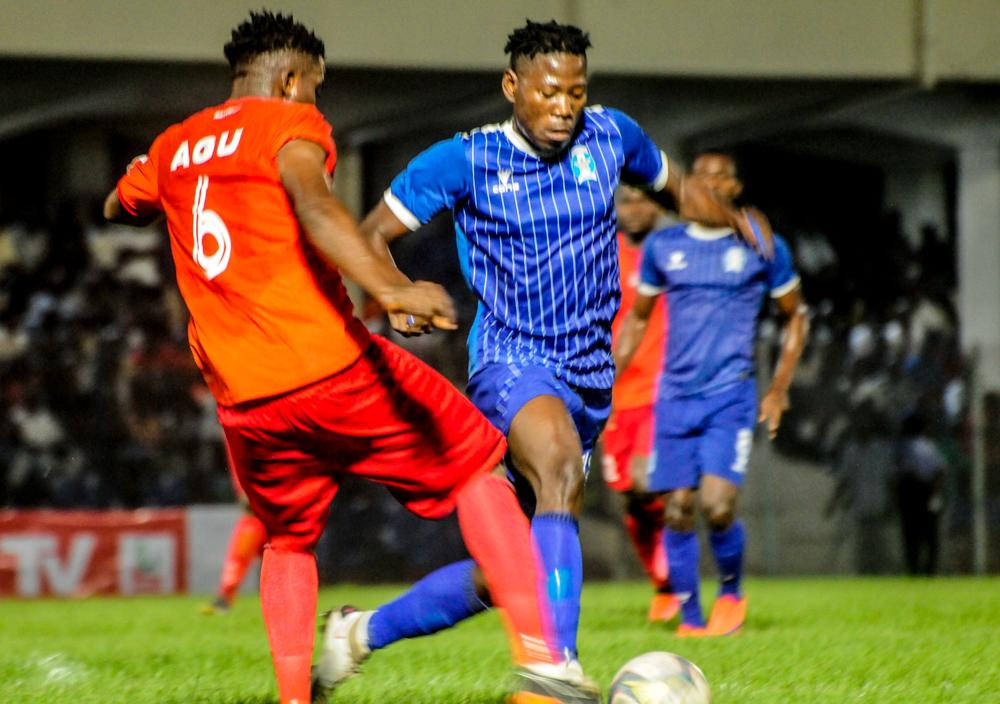 The Nigeria Professional Football League, matchday 36 began on Saturday with four games across different venues in the country. The four matches saw 12 goals from three home victories and a draw.

Shooting Stars of Ibadan did the needful on Saturday in Awka as they held Rangers to a 2-2 draw.

Saturday’s result dented the Flying Antelope’s chance as Shooting Stars came from two goals down to earn a share of the spoils.

Elsewhere, Abia Warriors shrugged off a relegation scare with a 3-2 victory over Gombe United in Okigwe. Imama Amapakabo’s side drew first blood barely two minutes into the game as Valentine Odoh headed in a cross from Odinaka Anaeto.

But the lead was short-lived as Abdulazeez Yusuf converted from the spot in the ninth minute for the visitors. Abia Warriors took the lead again from Paul Samson in the 12th minute.

Odoh, one of the Warriors’ leading men, grabbed his brace with another header in the 63rd minute.

In Owerri, Heartland pipped Sunshine Stars by a lone goal. Adejoh Ojonugwa got the goal in the 37th minute that helped the Naze Millionaires move up to the 18th position with 44 points.