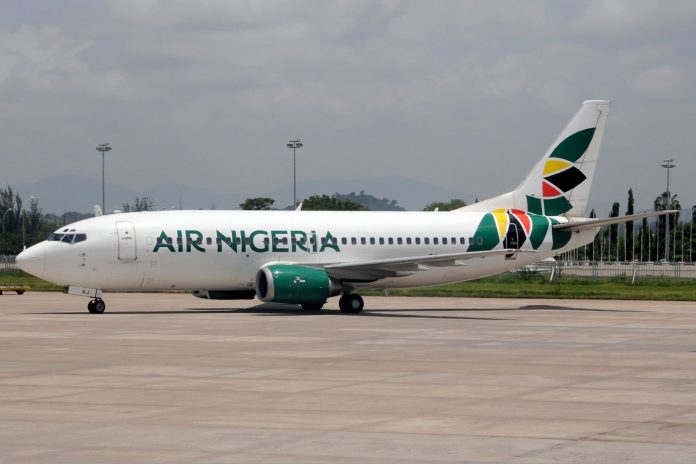 The interim management of the national carrier, Nigeria Air the outbreak of the Covid-19 pandemic contributed largely to the in taking delivery of any aircraft required for its operations.

Speaking at the headquarters of the Nigerian Civil Aviation Authority (NCAA) after receiving an Air Transport Licence for Nigeria Air, the Chief Executive of the airline’s management, Capt. Dapo Olumide, said that “it is very difficult to get the aircraft due to the effect of COVID-19 on the aviation sector globally, among other factors.”

Olumide, who received the licence on behalf of the proposed new airline, however, stated that efforts were ongoing to get all the aircraft, as this was a basic requirement by the NCAA before the issuance of another vital certificate.

On Monday, the civil aviation regulator would present an ATL to the interim management of Nigeria Air in Abuja.

The ATL with number NCAA/ATR1/ATL214, which was presented to the airline, was signed by the Director-General, NCAA, Capt. Musa Nuhu, and would run for a period of five years from June 3, 2022 to June 2, 2027.

An Air Transport Licence is issued as authorisation to airlines to provide scheduled and non-scheduled services.

It is one of the licences received by airlines before they can commence operations just as they await the all-important Air Operator Certificate that fully guarantees them the right to begin air services.

The issuance of an ATL to Nigeria Air on Monday came four years after the branding and livery of the new airline was unveiled by the Federal Government during the Farnborough Air Show in July 2018 in London.

Since then, there had been several efforts and promises by the Federal Government to get the airline functional, as the airline’s boss insisted on Monday that the national carrier was making progress, based on the presentation of an ATL to the airline by the NCAA.