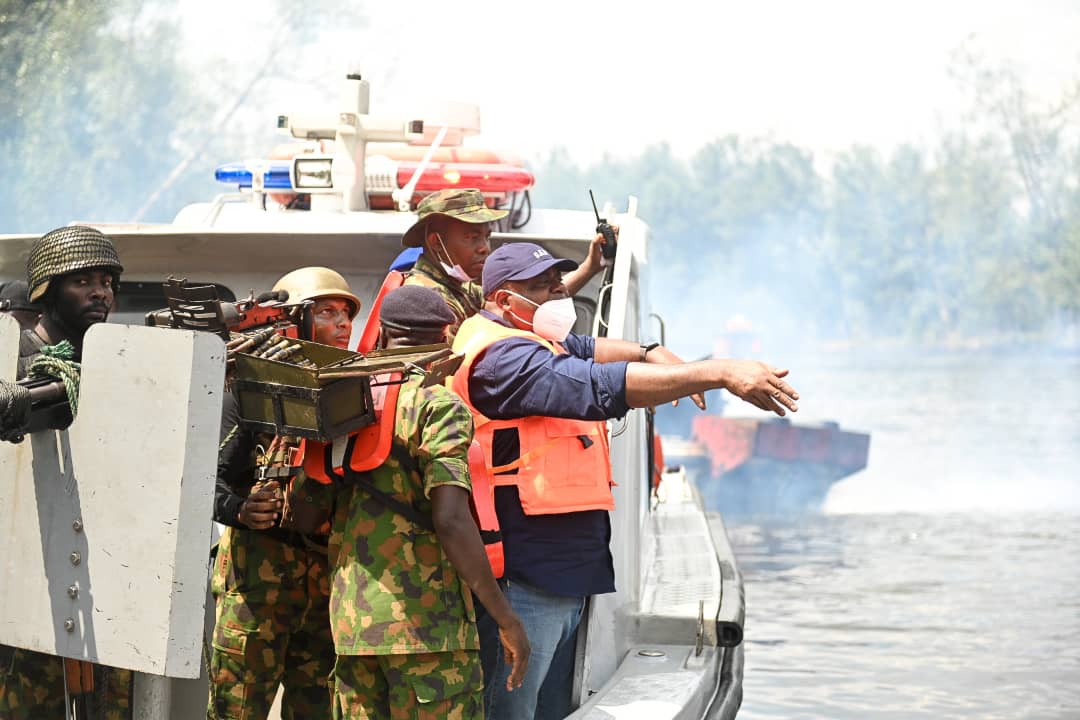 Aiteo, operator of oil mining lease (OML) 29, on Wednesday, announced yesterday that it has succeeded in putting out the leak on its Santa Barbara wellhead in Nembe, Bayelsa State.

Collaborating, the Minister of State for Petroleum, Timipre Sylva,  said the well has been capped.

“We have put out the leak at SBAS-1. We are grateful for all the support,” Mr Sylva said in a statement, according to Reuters.

The OML 29 Well 1 platform, operated by Nigeria’s largest indigenous oil firm, Aiteo Exploration and Production Company Limited, had been spilling crude unabated into the Santa Barbara River for about one month, impacting marine lives and polluting the environment.

The company had on November 5, reported to the Nigerian government a hydrocarbon wellhead leak on the facility.

The governor of Bayelsa, Douye Diri, who visited the site on Wednesday, had said about two million barrels of Bonny Light crude had polluted the Santa Barbra River and Nembe Creeks while describing it as the worst he had seen in his lifetime.

Aiteo, in a statement on Wednesday, said that it has finally put out the leak and successfully installed control packages.

“To the glory of God, we have put out the leak at SBAS-1. We are grateful for all the support. We have successfully installed control packages on both arms.

“There’s a rig up pump on the long string, and the pump opens the ball valve.

“Also, we have closed both control packages and shut-in well flow. The team is currently preparing to pump ‘kill fluid’ into the long string. Note that the short string is already killed and dead with zero pressure.

“Complete pumping of kill fluid into the long string (LS). Achieve zero psi on the surface and rig down pump as well as rig up wireline.