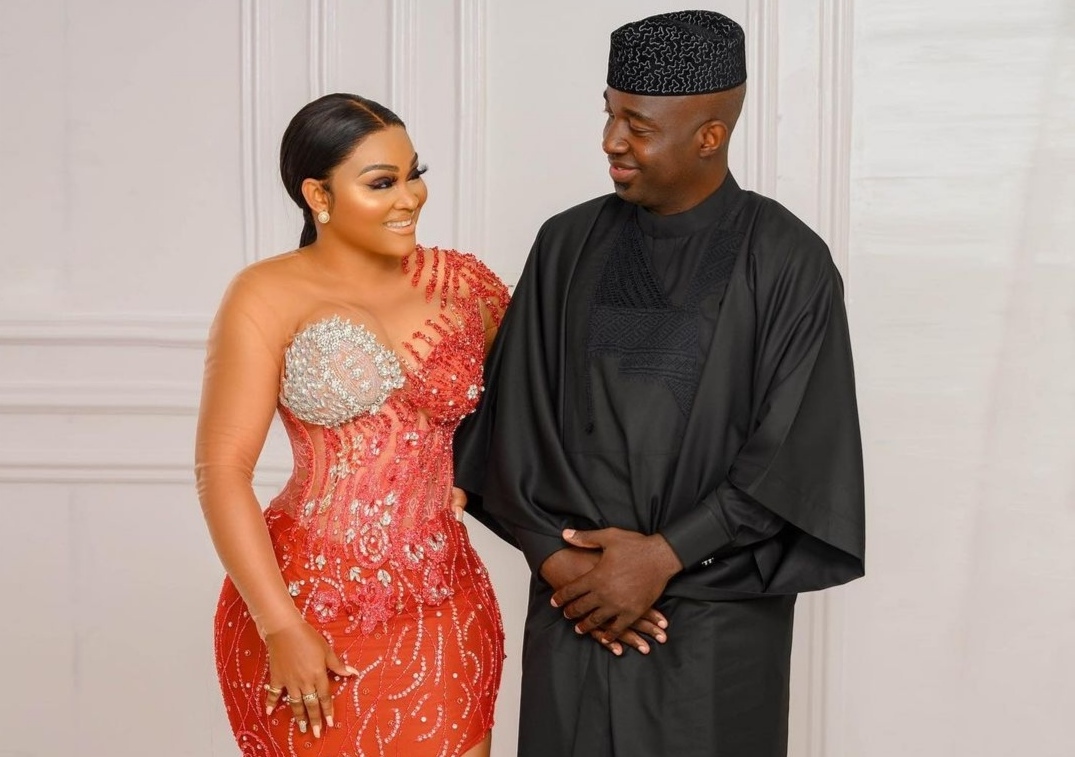 Posted at 10:18h in Society Plus by Jamiu Kamal 0 Comments
0 Likes
Share

She unveiled him on his birthday eve, Sunday evening on her Instagram account and described him as her ” Boo”.

The actress, who has been keeping her relationship with Adeoti a closely guarded secret, decided to come clean on Sunday, despite the controversies their affair has generated.

Aigbe and Adeoti, who is the founder of the popular online movie streaming service, IbakaTV, have a history together.

Their friendship dates back to over a decade when she was married to an ex-hotelier, Lanre Gentry, who is also an equally controversial personality.

Aigbe and Gentry wedded in 2013 and parted ways in 2017. The union produced a son, Juwon. While Aigbe is being reported to have secretly wedded Adeoti a few weeks ago, Gentry, on the other hand, remarried in September 2021.

Rumours were rife that the actress and Adeoti are an item because they are always in each other’s company.

Additionally, Adeoti produced some of Mercy’s movies and always attends her events.

The IbakaTv boss doesn’t hesitate to congratulate her and celebrate her achievements on Instagram.

On her Instagram posts, the actress fondly calls him ‘boss’ and “di owner” and calls herself “Agbeke aya di owner”.

In the grand unveiling post on Sunday, she wrote: “Finally I said Yes to ‘D’ Owner Thank you, God, of many chances” which suggests that Adeoti was the ‘owner’ she had always referred to. Her post also suggests that they have secretly tied the knot.

There is hardly any film that he produces that Aigbe does not feature. She often plays lead roles in his movies.

Aigbe’s latest movie, J.B.O, a joint venture between herself and her beau, will be released on Monday (Mr Adeoti’s birthday)

Businessman, Lanre Gentry, ex husband to Nollywood actress, Mercy Aigbe has reacted to news of his ex wife’s unveiling of her new man as well as her updated marital status.

Mercy had been reported to have  found love again in the arms of Kazim Adeoti, the boss of Adekaz Production, a movie production outfit. Adeoti also owns Ibaka TV.

Although Kazim has been married for more than 20 years to fashion designer, Funsho Adeoti, his religion allows him to have more than one, a major reason Mercy had to acquire a Muslim name, Minnah.

Reacting to Mercy’s new found love, Gentry who was Mercy’s second husband said, “At last. I thank God the truth is out. This is just one out of the many. To God be all the glory.”