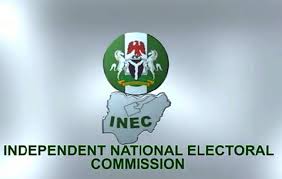 The Chairman of the Independent National Electoral Commission (INEC), Prof. Mahmood Yakubu, yesterday, stepped down to wait for Senate’s confirmation of his nomination for the second term of five years.

He handed over the affairs of the commission to Air Vice Marshal Ahmed Mu’azu (rtd), the INEC National Commissioner in charge of the commission’s Tender Board, as the acting chairman, pending his confirmation.

Yakubu said: “As you are already aware, the renewal of my tenure as chairman of the commission has been announced, subject to confirmation by the Senate.

“Our work as election managers requires us to enforce the law, regulations and guidelines. In doing so, we must demonstrate strict respect for, and compliance with, the constitution of Nigeria and subsidiary laws.

“Consequently, it will be inappropriate for me to remain in office beyond today, November 9, 2020, without confirmation by the Senate and swearing to another oath of office as provided by law.”

According to him, pending his confirmation, “The remaining national commissioners have resolved that AVM Ahmed Mu’azu (rtd) will oversee the affairs of the commission.

“It is, therefore, my pleasure to hand over to him in the interim. We have worked as a team for the last four years. Therefore, there is nothing new to any one of them.”

In his remarks, Mu’azu, said he has accepted the responsibility reposed on him, adding that the national commissioners have at one point or another acted in the absence of the chairman.

“I want to assure you that I will handle the affairs of the commission with due diligence,” Mu’azu said.

A National Commissioner of INEC, Abubakar Nahuche, has resigned his appointment. INEC National Commissioner and Chairperson, Information and Voter Education Committee, Festus Okoye, confirmed this to journalists in Abuja on Monday. He said Nahuche, who was the Chairperson, Estate, Works and Transport Committee, representing North West, resigned his appointment on personal reasons.

He added that President Muhammadu Buhari had accepted Mr Nahuche’s resignation and thanked him for his services to the nation.

Nahuche, from Zamfara State, was sworn-in as INEC national commissioner on December 7, 2016.