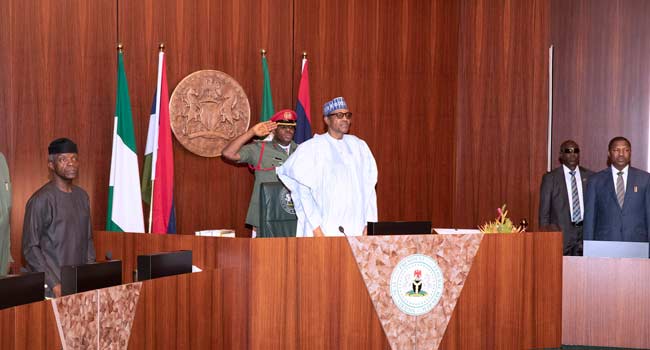 The weekly Federal Executive Council (FEC held on Wednesday, presided over by President Buhari at the Presidential Villa, Abuja.

Other highlights of the meeting include:

*Approval for a new anti-corruption strategy document to strengthen the anti-graft fight in the country.

*Approval of N14.09 billion as augmentation of the contract sum for the construction of a road in Kano state. With this, the budget for the road project was raised from N22 billion to N36.89 billion