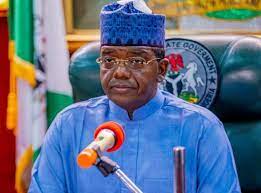 Posted at 11:05h in The States by TQR Editor 0 Comments
0 Likes
Share

He said the state cannot hold local government elections because of the activities of bandits.

He said that was the reason he appointed sole administrators to run the councils, despite courts declaring such steps unconstitional in many states.

Mr Matawalle had invited the military to flush out bandits operating from forests in the state. He also rolled out drastic measures to support the military operation, including cutting the state from telecommunications networks.

“As you are aware, the tenure of the elected Local Government Chairmen has since expired, and due to the security challenges we are facing in the State, the election for the new chairmen could not hold,” Mr Matatwalle said at Wednesday’s ceremony.

“You must work hand in hand with the security agencies in your localities to ensure strict compliance with Executive Order number 001 of 2021, which I signed on the 26th day of August, 2021.

“The security of lives and property of our people is the topmost priority of our administration; you must therefore work diligently towards the accomplishment of our mission of making Zamfara State peaceful.

“We made it mandatory for everyone taking public office to swear an oath disassociating themselves with banditry because we value the integrity of individuals who will be entrusted with public responsibility.

“Having taken the pledge, you are fully aware of the consequences of breaking it. Therefore, you are expected to wholly commit yourselves to this all-important mission of salvaging our State from this formidable challenge.

“We will not hesitate to sanction any one of you found wanting in the discharge of his responsibilities. You must work hard to put the local governments on the right track of development and not allow yourselves to be influenced by self-serving and greedy individuals. You should be just and fair to everyone,” Mr Matawalle said.