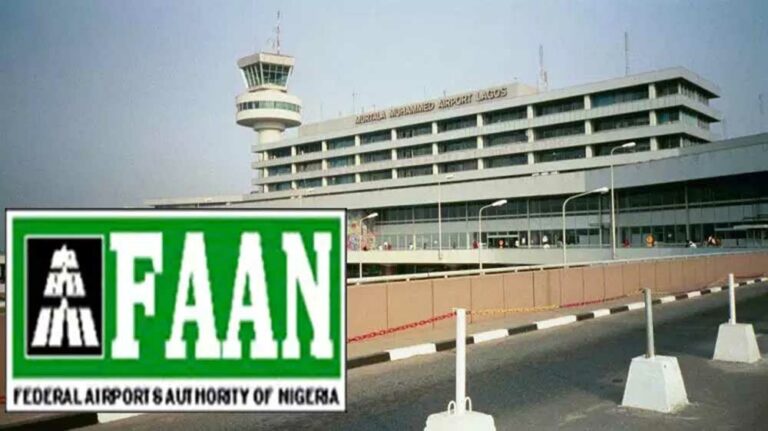 21 May FAAN Begins Probe of Corpse On Lagos Airport Runway

Posted at 11:33h in Society Plus by Jamiu Kamal 0 Comments
0 Likes
Share

The Federal Airports Authority of Nigeria (FAAN), has begun investigation into the mangled body of unknown person found on Runway 18R/36L on Thursday.

The human remains was suddenly found on Runway 18R, during a routine runway inspection by FAAN personnel.

The Authority in a statement issued Friday, signed by Mrs Faithful Hope-Ivbaze, General Manager, Public Affairs, stated that investigation is ongoing and that a report will be issued accordingly.

According to the statement, a motorised cleaner, that was cleared to carry out a derruberisation and sweeping of the runway discovered the remains at about 0106hours, and escalated the situation to relevant departments.

“As a result, between 0110 and 0343 hours, the runway was temporarily closed to allow for immediate evacuation of the remains. Flight operations resumed at 0343 hours”, the statement reads.