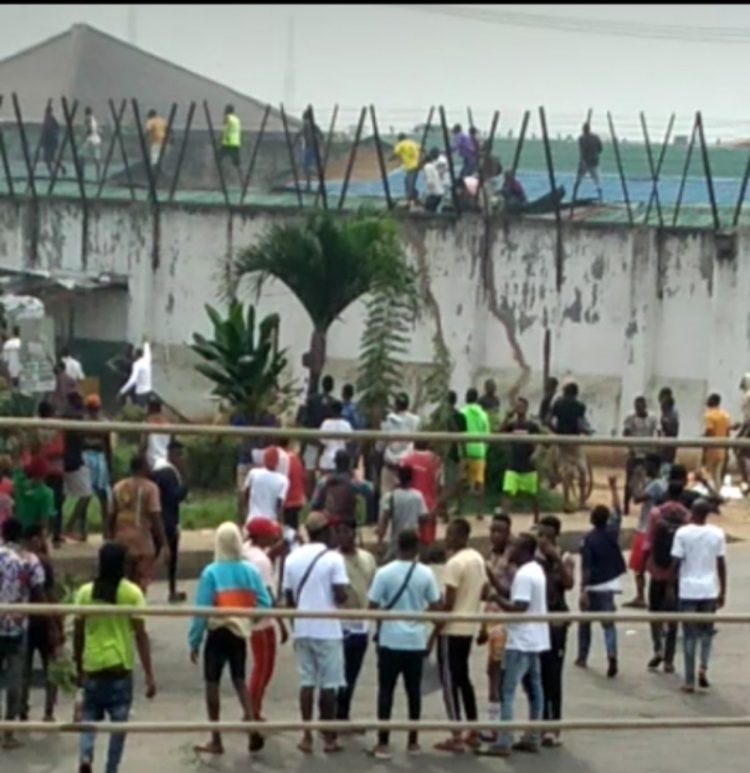 The Edo State Government has imposed a 24-hour curfew across the state until further notice following an attack on the Benin Correctional Centre, which led to the escape of some prisoners.
Some hoodlums took advantage of the ongoing #EndSARS in various parts of Benin City.
According to a statement by Osarodion Ogie, the Secretary to the State Government, the curfew is to take effect from 4 pm, October 19, 2020.

It stated, “This decision has become necessary because of the very disturbing incidents of vandalism and attacks on private individuals and institutions by hoodlums in the guise of #ENDSARS protesters.
“While the government of Edo State respects the rights of its citizens to undertake legitimate protests, it cannot sit idly when hoodlums have taken laws into their hands to cause mayhem on innocent citizens and the state.
“By the directive, schools and businesses are to shut down activities accordingly. Those who cannot move safely are to stay put between now and 4 pm till calmness is restored.
The Nigerian Correctional Service (NCS) says investigation has begun into the jailbreak in Benin and Oko prisons in Edo state by suspected hoodlums.

In a statement, Austin Njoku, spokesperson of the service, said efforts were ongoing to determine the exact number of prisoners who escaped, adding that the figure of casualties has also not been confirmed.