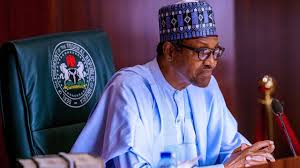 Briefing after the meeting in the State House, the Minister of Police Affairs,  Maigari Dingyadi, said the president pledged to deploy every power at his disposal to ensure that a protest of that magnitude does not repeat itself in the country any longer.

Dingyadi listed the planned measures as inclusion of all stakeholders, including the youth, religious leaders and traditional rulers in the process of peace maintenance; bureaucratic and humane attitudes in addressing security matters in the country; and support for security chiefs in the discharge of their responsibilities.

He said: “In his concluding remarks, Mr. President thanked members (of NSC) for the efforts they are making in maintaining peace and assured members that he will do whatever it takes to support security agencies in providing peace in the country.

“Mr. President assured Nigerians that he will do whatever it takes to ensure the repeat of #EndSARS protests does not occur in Nigeria again. Mr. President reassured that all stakeholders will be involved in the process of maintaining peace in the country, particularly the youth, community leaders, traditional rulers, politicians, public servants, religious leaders et cetera.

“The federal government will continue to maintain its bureaucratic, humane and just postures in handling security matters in the country.”

The minister said that the meeting, which was convened to brief Buhari on the security situation in the country also observed the increasing insecurity in the North.

According to him, the meeting resolved to be more proactive in handling security matters, adding that greater attention will be paid to police affairs, particularly in the discharge of their responsibilities.

The meeting noted with concern the increasing cases of armed banditry particularly in the North-western and North-eastern part of the country. The meeting agreed to be more proactive in dealing with the situation in a more decisive manner.

“The meeting noted the need to pay greater attention to the police in the discharge of their functions to maintain peace in the country, in the areas of equipment and modern technology,” he said.

He added that the council had timelines and targets aimed at ending security threats, pledging that such targets would involve decisive and inclusive actions.

On the security situation on Abuja-Kaduna road, he said the police and the army were on a 24-hour joint patrol on the road, adding that the police also have their separate formations along the road.

“You see, once a small thing happens in a particular place like this Kaduna, we begin to talk about lack of security in that area. That place is being monitored 24 hours. There are police and the army who are on a kind of joint patrol on 24 hours’ basis. We also have our own separate police formation that is also on that road,” he said.