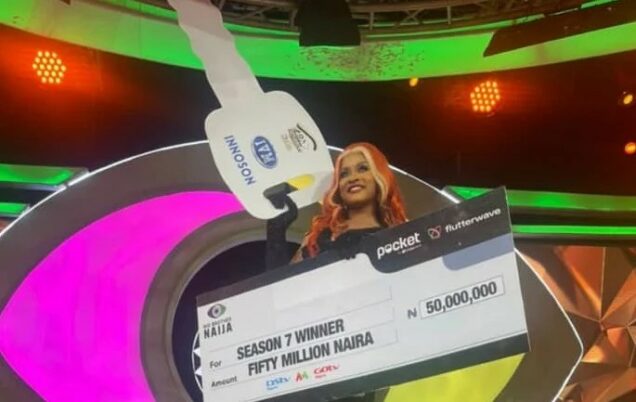 Posted at 13:14h in Society Plus by TQR Editor 0 Comments
0 Likes
Share

The 25-year-old reality star won the show’s N100 million grand prize at the finale held on Sunday after polling the highest votes.

She became the second female housemate to win the reality show after Mercy Eke in 2019.

During the prize presentation held on Tuesday, she also received keys to a luxurious apartment in Lagos state.

This year’s grand prize is the highest in the show’s history since its debut in 2006.

The seventh season commenced with a double premiere on July 23 and 24 and ran for 72 days, which ended on October 2.

A total of 28 housemates had been ushered into the house to entertain viewers in the ‘Shine Ya Eye’ season.